Refer a friend and get up to $100 Amazon gift card* — when they book training!

This course is also available as self-paced virtual (e-learning) course IBM MQ V9 Application Development (Windows Labs) (ZM513G). This option does not require any travel. This course helps you... 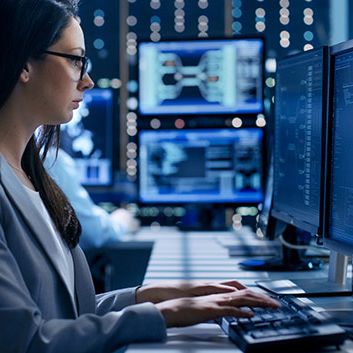 This course helps you develop the skills that are necessary to implement various application requirements on IBM MQ versions up to and including IBM MQ V9.0.2. It focuses on procedural application development for IBM MQ.

The course begins by describing IBM MQ and the effect of design and development choices in the IBM MQ environment. It then covers IBM MQ application programming topics such as methods of putting and getting messages, identifying code that creates queue manager affinities, working with transactions, and uses of the publish/subscribe messaging style.

Finally, the course describes the IBM MQ Light interface, introduces Advanced Message Queuing Protocol (AMQP), and explains how to set up an AMQP channel and how to interface with IBM MQ Light.

Hands-on exercises throughout the course reinforce the lecture material and give you experience with IBM MQ clients.

This course is designed for application developers and architects who are responsible for the development and design of IBM MQ applications.

There are currently no scheduled dates for this course. If you are interested in this course, request a course date with the links above. We can also contact you when the course is scheduled in your area.

There are currently no scheduled dates for this course. If you are interested in this course, request a course date with the links above. We can also contact you when the course is scheduled in your area.

When does class start/end?

Does the course schedule include a Lunchbreak?

Lunch is normally an hour long and begins at noon. Coffee, tea, hot chocolate and juice are available all day in the kitchen. Fruit, muffins and bagels are served each morning. There are numerous restaurants near each of our centers, and some popular ones are indicated on the Area Map in the Student Welcome Handbooks - these can be picked up in the lobby or requested from one of our ExitCertified staff.

How can someone reach me during class?

If someone should need to contact you while you are in class, please have them call the center telephone number and leave a message with the receptionist.

What languages are used to deliver training?

Most courses are conducted in English, unless otherwise specified. Some courses will have the word "FRENCH" marked in red beside the scheduled date(s) indicating the language of instruction.

What does GTR stand for?

How do I find an ExitCertified training location?

Which delivery formats are available?

At ExitCertified we offer training that is Instructor-Led, Online, Virtual and Self-Paced.

Yes, we provide training for groups, individuals and private on sites. View our group training page for more information.

Yes, we provide training for groups, individuals, and private on sites. View our group training page for more information.

What does vendor-authorized training mean?

As a vendor-authorized training partner, we offer a curriculum that our partners have vetted. We use the same course materials and facilitate the same labs as our vendor-delivered training. These courses are considered the gold standard and, as such, are priced accordingly.

Is the training too basic, or will you go deep into technology?

It depends on your requirements, your role in your company, and your depth of knowledge. The good news about many of our learning paths, you can start from the fundamentals to highly specialized training.

How up-to-date are your courses and support materials?

We continuously work with our vendors to evaluate and refresh course material to reflect the latest training courses and best practices.

Are your instructors seasoned trainers who have deep knowledge of the training topic?

ExitCertified instructors have an average of 27 years of practical IT experience. They have also served as consultants for an average of 15 years. To stay up to date, instructors will at least spend 25 percent of their time learning new emerging technologies and courses.

Do you provide hands-on training and exercises in an actual lab environment?

Lab access is dependent on the vendor and the type of training you sign up for. However, many of our top vendors will provide lab access to students to test and practice. The course description will specify lab access.

Will you customize the training for our company’s specific needs and goals?

We will work with you to identify training needs and areas of growth.  We offer a variety of training methods, such as private group training, on-site of your choice, and virtually. We provide courses and certifications that are aligned with your business goals.

How do I get started with certification?

You will get access to the PDF of course books and guides, but access to the recording and slides will depend on the vendor and type of training you receive.

Good training. A lot to take in for the short amount of time we have though

Thank Tech Data for sponsoring this course you really take care of your partners.

They were very good. They made sure everyone was able to get into the training and got all of the material needed for class.

The platform is very intuitive and easy to navigate. Great tool for learning

Great and very intuitive. Better than the traditional hit the wrong button/lose points.

Contact Us 1-800-803-3948
Contact Us
FAQ Get immediate answers to our most frequently asked qestions. View FAQs arrow_forward