Winter-Ready Savings Up To $500 Off Training

Save Now
closeClose
This course can be bundled!

Red Hat Enterprise Linux Automation with Ansible (RH294) is designed for Linux system administrators and developers who need to automate provisioning, configuration, application deployment, and orchestration. You will learn how to install and configure Ansible® on a management workstation; prepare... 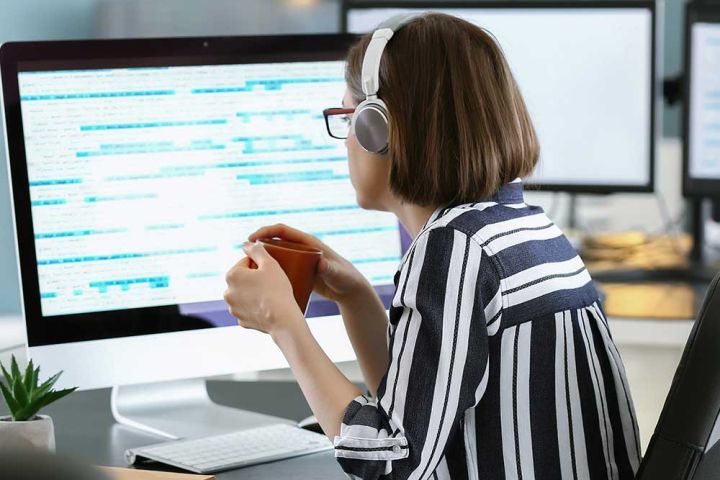 Red Hat Enterprise Linux Automation with Ansible (RH294) is designed for Linux system administrators and developers who need to automate provisioning, configuration, application deployment, and orchestration. You will learn how to install and configure Ansible® on a management workstation; prepare managed hosts for automation; write Ansible Playbooks to automate tasks; and run playbooks to ensure servers are correctly deployed and configured.

This course is geared toward Linux system administrators, DevOps engineers, infrastructure automation engineers, and systems design engineers who are responsible for these tasks:

When does class start/end?

Does the course schedule include a Lunchbreak?

Lunch is normally an hour long and begins at noon. Coffee, tea, hot chocolate and juice are available all day in the kitchen. Fruit, muffins and bagels are served each morning. There are numerous restaurants near each of our centers, and some popular ones are indicated on the Area Map in the Student Welcome Handbooks - these can be picked up in the lobby or requested from one of our ExitCertified staff.

How can someone reach me during class?

If someone should need to contact you while you are in class, please have them call the center telephone number and leave a message with the receptionist.

What languages are used to deliver training?

Most courses are conducted in English, unless otherwise specified. Some courses will have the word "FRENCH" marked in red beside the scheduled date(s) indicating the language of instruction.

What does GTR stand for?

How do I find an ExitCertified training location?

Which delivery formats are available?

At ExitCertified we offer training that is Instructor-Led, Online, Virtual and Self-Paced.

Yes, we provide training for groups, individuals and private on sites. View our group training page for more information.

Yes, we provide training for groups, individuals, and private on sites. View our group training page for more information.

What does vendor-authorized training mean?

As a vendor-authorized training partner, we offer a curriculum that our partners have vetted. We use the same course materials and facilitate the same labs as our vendor-delivered training. These courses are considered the gold standard and, as such, are priced accordingly.

Is the training too basic, or will you go deep into technology?

It depends on your requirements, your role in your company, and your depth of knowledge. The good news about many of our learning paths, you can start from the fundamentals to highly specialized training.

How up-to-date are your courses and support materials?

We continuously work with our vendors to evaluate and refresh course material to reflect the latest training courses and best practices.

Are your instructors seasoned trainers who have deep knowledge of the training topic?

ExitCertified instructors have an average of 27 years of practical IT experience. They have also served as consultants for an average of 15 years. To stay up to date, instructors will at least spend 25 percent of their time learning new emerging technologies and courses.

Do you provide hands-on training and exercises in an actual lab environment?

Lab access is dependent on the vendor and the type of training you sign up for. However, many of our top vendors will provide lab access to students to test and practice. The course description will specify lab access.

Will you customize the training for our company’s specific needs and goals?

We will work with you to identify training needs and areas of growth.  We offer a variety of training methods, such as private group training, on-site of your choice, and virtually. We provide courses and certifications that are aligned with your business goals.

How do I get started with certification?

You will get access to the PDF of course books and guides, but access to the recording and slides will depend on the vendor and type of training you receive.

Good training material and good instruction. More time needs to be provided for the lab work.

Concise and good to follow along. Although it is a lot to take in under a short period of time.

Very clean, great cafeteria and well sorted, very kind staff. The bathrooms have to be expanded as they might get crowded sometimes

Thank you for training on AWS development. Course was good and encouraging but labs need to be improved and provide more information and ask students to more work than provide solutions.

Close
Close
Contact Us 1-800-803-3948
Contact Us
FAQ Get immediate answers to our most frequently asked qestions. View FAQs arrow_forward